Ramadan (Ramazan, Ramzan, Ramadhan, or Ramathan) is the ninth month of the Islamic calendar, observed by Muslims worldwide as a month of fasting, prayer, reflection and community. A commemoration of the prophet Muhammad’s (pbuh) first revelation, the annual observance of Ramadan is regarded as one of the Five Pillars of Islam and lasts twenty-nine to thirty days, from one sighting of the crescent moon to the next.

Ramadan is a time of spiritual reflection, self-improvement, and heightened devotion and worship. The fast begins at dawn and ends at sunset and Muslims all around the world abstain from eating and drinking during this time. The act of fasting is said to redirect the heart away from worldly activities, its purpose being to cleanse the soul by freeing it from harmful impurities. Ramadan teaches Muslims to practice self-discipline, self-control, sacrifice, and empathy for those who are less fortunate, thus encouraging actions of generosity and compulsory charity (zakat).

Iftar
At sunset, families break the fast with the iftar, traditionally opening the meal by eating dates to commemorate prophet Muhammad’s (pbuh) practice of breaking the fast with three dates. They then adjourn for Maghrib, the fourth of the five required daily prayers, after which the main meal is served.

Zakāt, often translated as “the poor-rate”, is the fixed percentage of income a Muslim is required to give to the poor; the practice is obligatory as one of the five pillars of Islam. Muslims believe that good deeds are rewarded more handsomely during Ramadan than at any other time of the year; consequently, many donate a larger portion—or even all—of their yearly zakāt during this month.

Exemptions to fasting include travel, menstruation, severe illness, pregnancy, and breastfeeding. However, many Muslims with medical conditions insist on fasting to satisfy their spiritual needs, although it is not recommended by hadith. Those unable to fast are obligated to make up the missed days later. 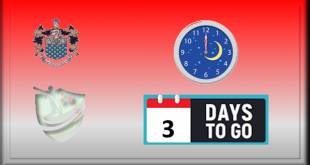 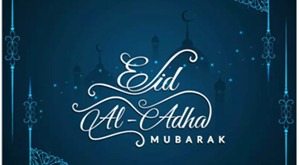 Eid Mubarak to all members, players and officials celebrating Eid over the next few days

What is Eid Al-Adha? Eid Al-Adha, also known as the Big Eid, is celebrated by many …