Thank you to all the club secretaries and committee members for promoting the player survey amongst their team/clubs members. In just over 2 days the survey page was visited 543 times, so we got the message out to our cricketing community which created interest to participate.

Of the 543 that visited the page 145 players completed the survey and on behalf of the league we wish to thank you for taking the time to complete the survey which has provided very useful and interesting results which are shared below. The league will use the data to create a clear strategic pathway to move cricket forward and work with local and national partners to strive towards achieving the outcomes.

Over 2 out of 5 (43%) players prefer playing Sunday cricket

1 in every 11 (9%) players would stop playing cricket if the league didn’t provide the opportunity to play on Sundays.

Nearly 7 out of 10 (68%) players agreed clubs/teams needed access to funding, training and support to developed teams transform to clubs

It’s been a very busy winter for the new committee over the past three months. … 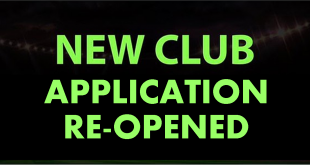