The draws for the 8 a side competition was completed yesterday at the online committee meeting and the rules of the competition were agreed.

The normal rules of cricket shall apply, subject to additional rules for the competition which may be amended as required

Players must be registered members of the club and completed 2 games (including league, cup and T20).

Each team should consist of 8 players and each match of one innings per team.

Each innings shall consist of 7 overs, one bowled by each member of the fielding side except the wicketkeeper.

In case of a bowler becoming incapacitated, the over shall be completed by a bowler nominated by the opposing captain.

Wicketkeepers cannot change mid-innings, unless the wicket-keeper sustains an injury during the game. They must wear protective gear ie gloves and pads at all times.

Two batters shall be at the wicket at all times during the innings. At the fall of the 7th wicket, the last man shall continue batting with the 7th out batter remaining at the wicket as a runner only.

If in the opinion of the umpire, there is short pitched bowling or full toss over the batsman’s waist, shall be call and signal “No Ball” and wides will strictly be interpreted on the on side and anything down the leg will be deemed as a wide.

In the case of a ‘tied game’ a super over will be bowled to determine the winner. If this is not conclusive each player of each teams shall bowl one ball at the wicket in turn and the side hitting the stumps most times shall be the winner, if all the 8 players miss the stumps the teams start again until one of the players miss after taking their turn.

In the group stages if the teams have the same number of points the teams with least lose of wicket during the group games will be determined as the semi finalist.

Team not arriving at their allocated time for the first game will have to forfeit the game.

The bowlers run up will be restrict to 10 yards, the bowler running longer then 10 yards will be deemed a no ball.

The umpires are in full control and their decisions are final.

Any elements not covered shall be decided by the Executive Committee. 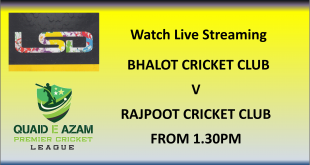 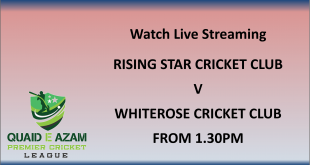 As we complete the 2nd third of the season, the player averages standing for the …