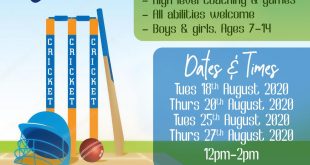 Nine weeks on and what a season its been, after considering if we would get the league’s inauguration season on due to COVID-19 the competition has been appreciated by both the players and the umpires. It was all to play for as 7 teams out of 14 were playing for the top positions today.

Three matches in the Premier Section were in the contest for the championship title, Bhalot and Kashmir played home against Flix and Central Leeds respectively, whilst Whiterose played Bradford Moor at Esholt. All three matches had three points between them before the start of the games and the toss was important to ensure maximum points, Kashmir home at Moorland won the toss and elected to bat first against Central Leeds and scored 262 all out, Faruk Alam (107) finished his season on a high with a century assisted by Faisal Javed (47) who also had a good season. Central Leeds restricted to 82 with Ibrar Younis spell of seven over for 7 wickets and conceded just 17 runs which puts him in with a shout for the highest individual bowling award.

Flix won the toss and also elected to bat first but struggled to score and lost wickets frequently, at one stage they were struggling to reach three figures but an outstanding innings for Sadaqat Zaman (48) took them to 151. Bhalot chased the score but did struggle as they lost 6 wickets to claim maximum points to keep their hopes high as they waited eagerly for the result of Kashmir and Central Leeds.

Whiterose games against Bradford Moor was the first to finish as they bowled Bradford Moor out for just 70 runs, performance with the ball from Tawakal Zarden (4 -11) restricted the home side to a well below par score at Esholt. Whiterose chased the score with the loss of just 4 wickets.

After a slow start to the short season Darulshafa found the form to start winning as they beat Karmand by 4 wickets at New Rover CC. Karmand batted first and put a target of 169 for 9 on the board with Mussawar Shah scoring 46. In response to Karmand total, Daruilshafa chased the score with the loss of 6 wickets, contribution with the bat from Amir Hussain (50) and unbeaten innings of Khalil Ullah (47no) secure a 4 wicket win over the Karmand.

The tense match between AK Eagles and Diamond at Park Avenue was played in good spirit with AK Eagles getting the better of the match. AK Eagles set a target of 172 for 6 in their 35 overs and on Park Avenue that is a above par score, the innings of Wajid Hussain (58) and Farhan Hussain (54) helped their club to a health total. Diamond did struggle to keep up with the challenging run rate and were eventually all bowled out for 145 with Mohammad Sheraz’s gritty innings of 62 was the only fight back. Adam Zahid 4 for 37 restricted the home side to claim maximum points.

The second of the play off matches were played today with both winning teams Khan and Subhan playing each other whilst the two losing side from last week played each other with the hope one of the winning side would drop points for them to go ahead in the tables.

Khan were restricted to 133 for 9 in their 35 overs, Sajid Khan was the key bowler for Subhan with figures of 4 for 25. Khan also renowned for their bowling attack bowled Subhan out for 111 which was enough to keep them second place as both teams gain promotion to the Premier Section. The will now meet again next Sunday, 20th Sepetmber at Karmand to decide who will be crowned the champion of the Star and Crescent Section. The match will start at 12.30pm to finish to good light.

For both Heaton Park and Kings XI Lahore it wasn’t to be, but both teams did well to get to the play off’s and better luck next year. Heaton Park played home at Karmand which was a spinners paradise as between the two teams 11 out of the 19 wickets were taken by spin. Heaton Park won the toss and elected to bat first, they lost an early wicket but fought back and gain control until spin was introduced, Salman Syed (4 for 33) performance with the ball was key as Heaton Park found scoring difficult and lost quick wickets and were restricted to 143 for 9 in their 35 overs. The combination of the two spinners for Heaton Park was to much for Kings XI Lahore as they were all bowled out for 99, Safwan Yousaf 4 for 29 was key in securing a win for Heaton Park.

After four agonising months delay due to covid-19, the season got of to a brilliant …

The interest in our new league continues to attract more players, even with a short …